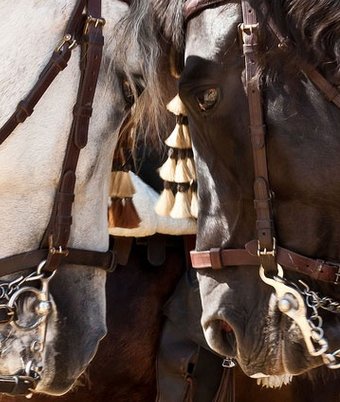 The Andalusian, also known as the Pure Spanish Horse or PRE (Pura Raza Española), is a horse breed from the Iberian Peninsula, where its ancestors have lived for thousands of years.

The Andalusian has been recognized as an individual breed since the 15th century, and its conformation has changed very little over the centuries. Throughout its history, it has been known for its prowess as a war horse, and was prized by the nobility.

The breed was used as a tool of diplomacy by the Spanish government, and kings across Europe rode and owned Spanish horses. During the 19th century, warfare, disease and crossbreeding reduced herd numbers dramatically, and despite some recovery in the late 19th century, the trend continued into the early 20th century.

Exports of Andalusians from Spain were restricted until the 1960s, but the breed has since spread throughout the world, despite their low population. In 2010, there were more than 185,000 registered Andalusians worldwide.

The horse riding vacation is a period of one week (or more, or less on demand) and were you discover the mountains of malaga and all the picturesque villages.

We have 5 horses (more if needed) at our disposal and a member of the organisation to accompany . 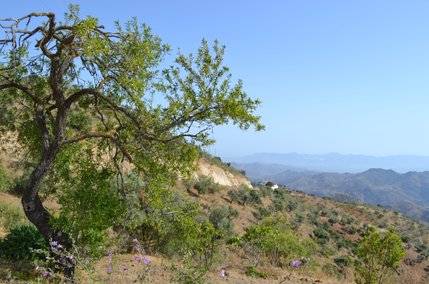 The first day you'll meet your horses. You'll get to know the horses with a tour in the valley of Baranco del Sol (near Casa El Cielo) where we'll  visit the olive mill or a ancient hacienda.

On day two we'll ride to Arroyo Coche. You'll get to know the vegetation of Andalusia. We'll walk through the fields full with olive trees and almond trees. We'll cross little rivers and meet goats on our path, who are the symbol of the area.

It's a 6 hour walk to Arroyo Coche so you'll get the chance to rest in the little spanish bars.

At the evening you'll stay in a guesthouse near the village, called "uva española". (~spanish grape - uva-espagnola.com)

The landscape is almost the same as the day before. When it goes off-piste and the slope is too steep, the time has come to step next to our horses according to the topography of the ground.

The riverbeds, depending on the season, are lined with beautiful lauriers roses in bloom.

Nature will, according to the seasons, be either very green or in the colors yellow-brown, which also have their charm.

In the middle of the vegetation we see a few traditional houses called finca or cortico. In this setting we spend the night at La Meica (finca-la-meica.com). 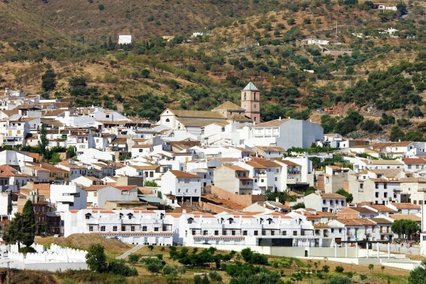 There is a possibility that a stop in Casabermeja for a snack and / or a swim in the municipal swimming pool in the summer.

Day four will be a little walk according to the wishes of the group. Normally it will be around 3 hours from Meica to Finca Serrato but we can extend the walk.

After a short drive through the bush, crossing the Montes de Malga Natural Park, planted with Aleppo pines, this 5000-acre nature reserve has been replanted by the Andalusian authorities to restore the region's original flora in order to avoid flooding to prevent that Malaga has suffered regularly. Although it is known that Andalusia has a very dry climate, it sometimes rains off the coast.

Possibility to extend the day with a passage to the hotel Humaina (pool-price) This Andalusian architecture building with old-fashioned charm is located in the park of Montes de Malaga. (fincaserrato.com) 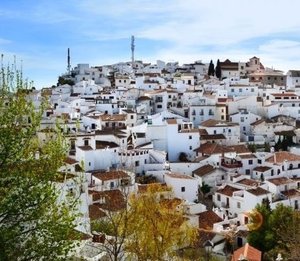 A walk around the Finca Serrato or a return to Comares, a village of the Arab-Andalusian era. This village is very well preserved and lies on a rocky peak where you can admire the sea in the distance. As a nickname they also give "El Balcon de Costa del Sol".